A series of stamps depicting four supernatural creatures that I designed for Canada Post.
They were released in October 1997 to celebrate the Halloween season.

The first day cover illustration was done by Jamie Bennett. For the FDC envelope,
we used glow-in-the-dark fluorescent ink to reveal a skull face in the house facade. 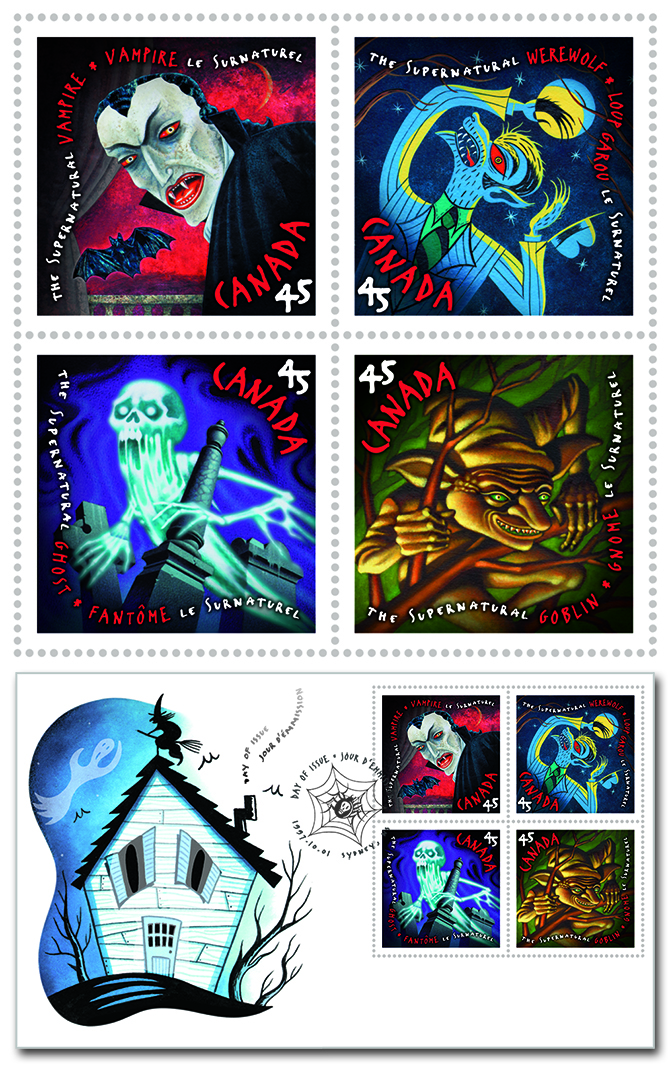