Got a great Father's Day gift yesterday, watching my son Jackson's short film screened as part of the NXNE Festival in Toronto. His film "Jim Talks", a portrait of photographer Jim Allen, was a second-year student project for Jackson's Film Studies course at Ryerson University. The film received warm applause, and lots of positive comments from the NXNE audience. In the pic below, Jim and Jackson (far right) share the stage with the star and director of "The Ballad of Hugh", a similarly-themed film that was shown at the same screening. 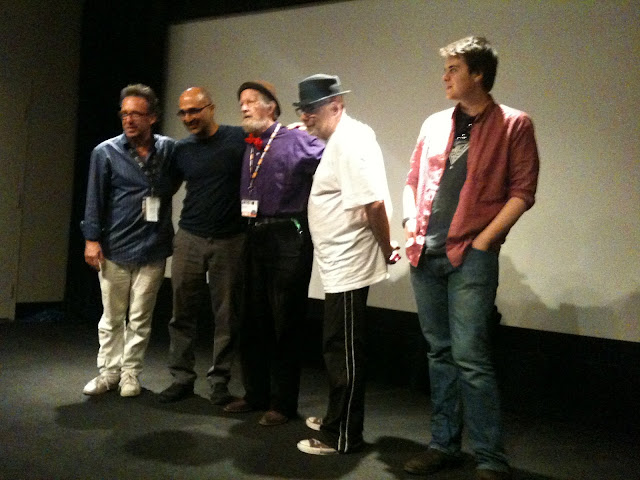 You can view "Jim Talks" on youtube:
http://www.youtube.com/watch?v=mKCXzR6neUs&hd=1
Posted by fishaufdesign No comments: