The Art of Global Brief - Volume One 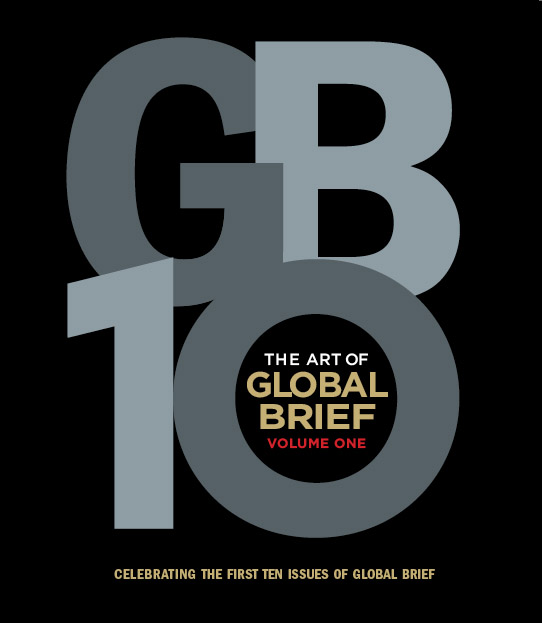 In recognition of the publication of issue #10 of Global Brief, I have put together this portfolio of cover and feature illustrations from the first ten issues. Global Brief, Canada's premier international affairs magazine, is published in partnership with the Glendon School of Public and International Affairs at Toronto’s York University. The magazine’s target readership, in print and online, is two-fold: first, leaders and key decision-makers around the world in politics and government, business, academia, journalism, the NGO community and in international diasporic communities; and second, future global leaders across these same sectors.

Having begun my career as an editorial designer, I've had a long-standing love for the art of illustration. In fact, after a decade working as art director for a number of Canadian publications, I co-founded Reactor Art + Design in 1982 with Bill Grigsby, an artists' representative. Together, Bill and I built a studio where designers and illustrators, working synergistically, created a distinctive, heavily illustrative, graphic style. Working with clients like Roots Canada, Bata Retail, Club Monaco, SoftKey Software, Canada Post and others, the "Reactor Style" was a major influence in Canadian design circles throughout the 1980s and into the nineties.

In 1995, after 13 years as Reactor's creative director, I left the company to freelance as a consulting creative director, working for clients such as the Sympatico Internet Service, Alias Systems, Adbeast and others. Since most of my work in those years involved branding, packaging and interface design, I didn't have the opportunity to work closely with illustrators as frequently as before. In 2007, after a 20-plus year absence from editorial design, I accepted a position as acting art director of Toronto Life magazine, a "temporary" job that ended up lasting over a year. My stint at TL rekindled my enthusiasm for magazine design, but due to the nature of the publication, and the preferences of its editors, my ability to use illustration was still very limited.

So when I was approached in 2009 by GB's editor Irvin Studin to design and art-direct this new publication, I saw it as an opportunity to once again commission original illustration, and collaborate with many of the talented artists whose work I had come to admire during my long absence from the magazine scene. I want to thank all the talented artists who contributed to GB's first ten issues, and I hope that GB can continue to uphold a high standard of artistic excellence for the next ten issues and beyond.


Posted by fishaufdesign No comments: